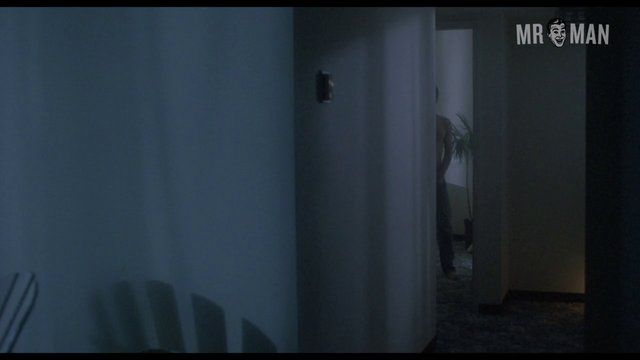 Jack's Back (1988)
Sexy, underwear, shirtless, bulge 00:29:51 James Spader is at his prime as he wakes up in the middle of the night in his tighty whities, showing off abs and a super hot bulge!
advertisement

Before going on to direct the cult classic Road House (1989), Pittsburgh native Rowdy Herrington made his debut with the low budget horror film Jack’s Back (1988), which tells the story of a copycat serial killer who replicates murders committed by Jack the Ripper in honor of his 100th birthday. A young James Spader stars in the film as both the main character named John as well as as his identical twin brother, named Rick. It got mixed reviews upon release, but we still remember it fondly for the much needed moment of relief from the scary that Spader provides with a scene of unbridled sexiness, in which he lies shirtless in bed, wearing nothing but tight, white underwear, his impressive bulge on full display. His character seems awfully tormented in the scene but we’re totally entranced. We want to rip off his underwear and give his ripper a good jacking ourselves!