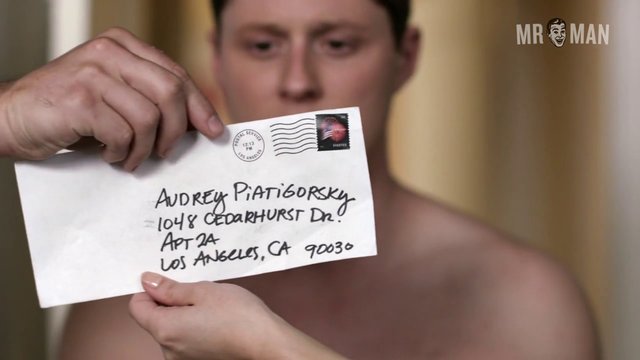 Kevin from Work (2015)
Sexy, underwear, shirtless Ep. 01x01 | 00:18:48 Double your pleasure with this clip of not one, but two sexy studs as they stand around shirtless in the kitchen! We just need Noah Reid's boxers to be about three sizes smaller and Matthew Florida to get rid of those oppressive jeans.
advertisement

Kevin learns a lesson in speaking too soon in the TV comedy Kevin from Work (2015). Kevin (Noah Reid) works in an office with a woman he has a crush on. When he gets another job he decides to tell her how he feels. When she doesn’t immediately respond with the same feelings he finds he is glad that he is leaving this job only to the find out the other job offer fell through and he is stuck in this office working with the girl he just confessed his crush to. Awkward!

While he deals with the funny feelings at work you will have some tingly feelings in your pants when you see Noah Reid walking around the house in just his boxers and socks. His body is in pretty good shape, but it’s nothing like Matthew Florida’s muscular frame who Noah runs into in the kitchen. Matthew is shirtless and shows off his killer abs as the two guys talk.