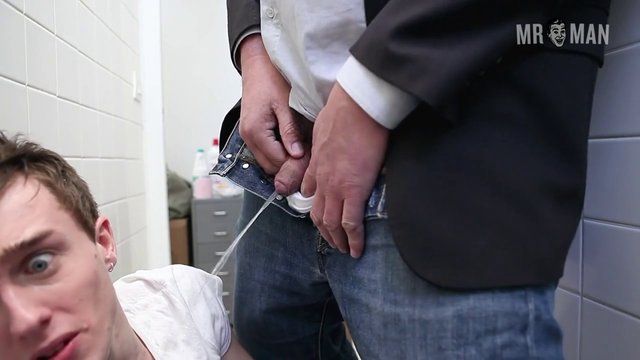 Little Gay Boy (2013)
Nude, penis Stephen Shagov whips out his peen and starts peeing all over a guy sitting on the ground.
advertisement

Little Gay Boy (2013) is the story of a young man alone in a world of sin, trying to find connection and find his estranged father. Sound familiar? That's because it is. Written to mimic the story of Jesus Christ, it follows Jean-Christophe (Gaëtann Vettier) from birth to young adulthood on his quest to understand his identity and find fulfillment through his sexuality. The son of a prositute and an absent father, the plot takes almost a blasphemous approach, even ending with a "Last Supper" segment.

Director Antony Hickling masters this sexual and sacrilegous story, complete with one hot and bothered cast. Biño Sauitzvy spends some time baring his butt and balls as he's doused in paint, while Manuel Blanc strips down for a sex scene. Nothing beats main character Vettier's nude scenes, though, except for maybe that one time Stephen Shagov whips out his cock and pees all over Vettier's face. With sex, sin, and plenty of religious parallels, it's one unholy matrimony of awesome.