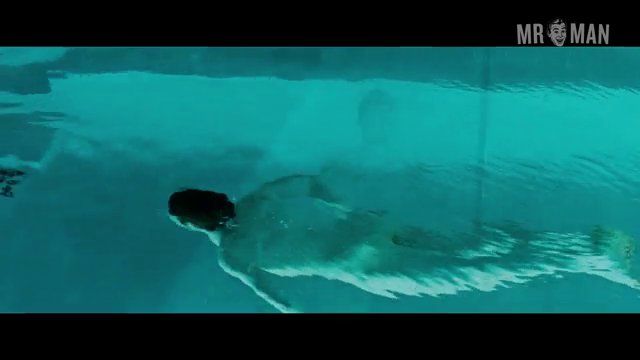 Josh Brolin stars as a man hell-bent on revenge in Spike Lee's Oldboy (2013). This English-language remake has less squid eating than the Korean original, but just as much mayhem as Joe Doucett (Brolin) tries to track down the person (or people) who kidnapped him and locked him in solitary confinement for twenty years. The pissed off dude is looking for answers, but revenge will suffice, and Oldboy is packed with scenes of hammer-wielding ultraviolence as Joe attempts to maim and torture his way to the truth. Helping him in his quest is Marie (Elizabeth Olsen), a stranger who takes pity on the disoriented and desperate Joe. It’s a pity that we don’t see much skin, but we do get some glimpses of seat meat from Josh Brolin and Sharlto Copley. We’ll take it! Oldboy won't leave you cold, boy.

Nude - as Adrian / The Stranger