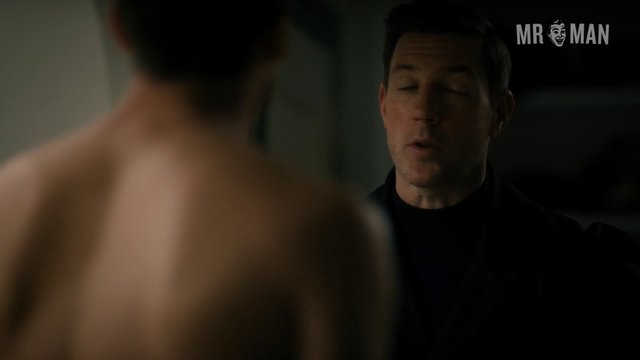 Public Morals (2015)
Sexy, underwear, shirtless Ep. 01x02 | 00:01:50 Austin pops out of bed in his boxers, showing off his nice physique and maybe even a slight bulge!
advertisement

Public Morals is TNT's American police drama set in New York City in the 1960s, executive produced by star Edward Burns who also writes and directs several episodes. The series is about the police department's Public Morals Division and its Irish American officers' attempts to deal with rampant crime while also navigating their personal lives. Thankfully for us, many of the gentlemen in the cast have no moral objection to public nudity, or at least near nudity. Throughout the first four episodes, Daniel Reece, Keith Nobbs, and Austin Stowell all appear in their skivvies. First up are super cut Keith and blazingly hot Austin, who in episode 2 titled "Family is Family" show off their family jewels in their underwear. Nobbs' knob looks especially nice in his skin tight white briefs, while steamy Stowell covers up a bit more in his baggy white boxers. Later in episode 4 titled "Ladies Night", ravishing Mr. Reece shows off his fantastic physique in a similar pair of white boxer shorts.