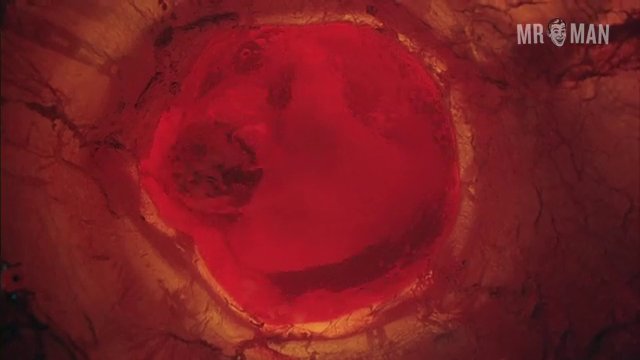 Unable to catch a break in his hunt for a deranged serial killer, a law-enforcement official decides to fight fire with fire by creating a clone in the taut action thriller Replicant (2001).  The built stud that is Jean Claude Van Damme stars as Edward “The Torch” Garrotte, a psychotic killer with a penchant for setting his female victims on fire. Frustrated by his inability to catch the perp, seasoned detective Jake Riley (Michael Rooker) creates a genetic copy of Garrotte (also played by the Muscles from Brussels) to study the man’s behavior and nab him red-handed. When the cloned killer turns out to have a highly evolved conscience, however, Riley and the Replicant are forced to confront difficult questions of nature versus nurture. Director Ringo Lam is vaguely interested in his film’s philosophical ramifications, but action remains objective number one. And who better to provide action than the sizzling Van Damme and his handsome hams! Hot damn, we definitely want to clone that fine hunk of man!