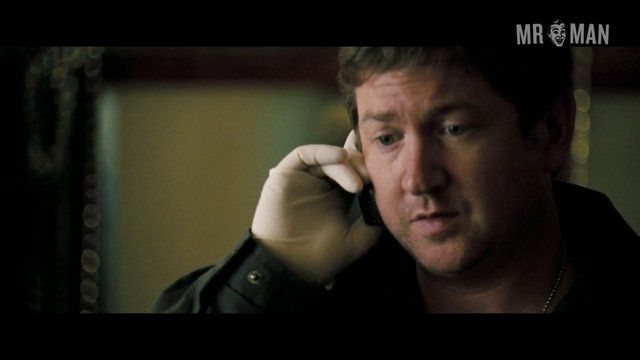 Déjà Vu (2006)
Sexy 00:38:20 Wayne Morgan Douglas will really CRACK you up as he shows some hairy humps.
advertisement

Late, legendary vulgar auteur Tony Scott (Top Gun (1986), True Romance (1993)) had something of a surprise critical and commercial success with what turned out to be one of his last films: the sci-fi tinted action thriller Déjà Vu (2006). The always stunningly hot Denzel Washington stars in the film as an ATF agent named Douglas Carlin who ends up having to travel back in time in order to try to prevent a terrorist attack from occurring in New Orleans and, in the process, prevent the death of the woman he happens to love. Denzel is gracious enough to give us some significant shirtless screen time in one scene, while he cleans himself up after a rough day and then has a gun pointed at him by a woman. The inimitable big, bald beauty Wayne Douglas Morgan also shows up in the film for one brief scene, and gives us a quick look at his seriously hot and hairy buttcrack.