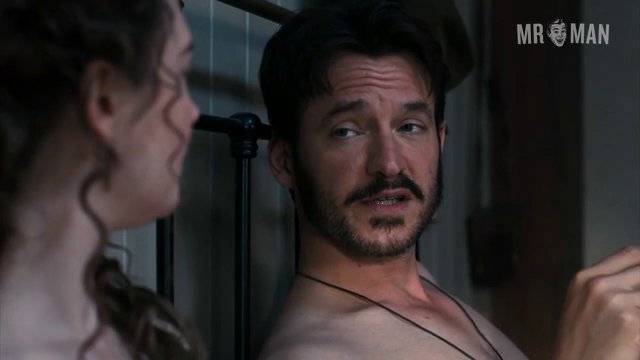 Just when you thought you had your fill of Jack the Ripper, the BBC series Ripper Street takes you deeper into his infamous murders. Set in London’s East End in 1889, six months after the last murder, the crime drama takes us to Whitechapel H Division, the seedy area where Jack ripped his victims. From here we follow detectives Edmund Reid and Bennet Drake (Matthew Macfadyen and Jerome Flynn) as they team up with former U.S. Army surgeon Homer Jackson (Adam Rothenberg) to contain the hysteria and solve the bloody murders. To make things interesting, it seems like Homer has a dark past, one that is further amplified by his relationship with local brothel owner Long Susan (MyAnna Buring). When another bloody corpse turns up in the street, the determined trio must put their heads together to determine if Jack is back, or if the sliced up corpse is the work of a copycat killer. Along the way, in season three, episode one, Adam Rothenberg manages to find time to fornicate and show off his pasty yet tasty physique. Mr. Man would love to be Adam’s Steve! Even better, we later get more British buns from Jonas Armstrong, Benjamin O'Mahony, and Killian Scott! We prefer ripped off clothes to the Ripper!