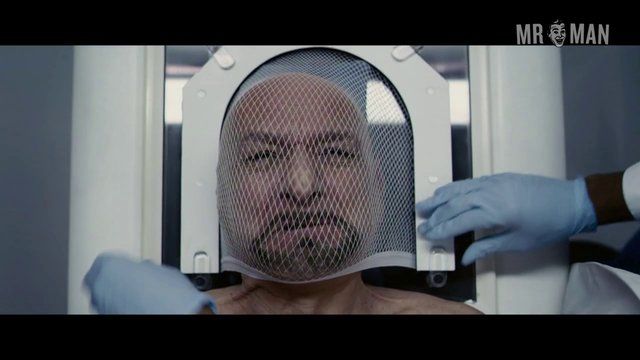 Be careful what you wish for, you just might get it. That could easily be the theme of sci-fi/drama/thriller Self/less (2015). When a wealthy real estate mogul gets cancer and only has a short time to live, he contacts a group that helps him undergo a radical experiment that transfers his conscious into the body of a younger, fit man. Things begin to go badly when he starts to find out the truth behind where this body comes from and the people who are willing to kill to protect those secrets.

Ben Kingsley plays the older, dying man. We get to see Sir Ben shirtless as the procedure begins. Even though he is getting up there in years, he still looks damn fine with his shirt off. Ben is transferred into the body of Ryan Reynolds who is also shirtless during the procedure. We get a nice glimpse at his hairy chest as he realizes that the process worked and that he is now one hot piece of ass.