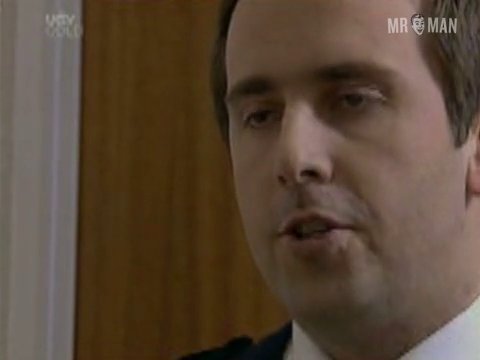 The Bill (1984)
Nude, butt, shirtless Get a gander at Scott's behind while he showers. His nightmare is our dream!
advertisement

The controversial and widely popular British television show The Bill (1984) follows the exploits and day-to-day lives of detectives and uniform officers at the London-based Sun Hill police station. When not busting bad guys and solving crimes, these cheeky cops are carrying on with their secret fancies and internal affairs. None of the constables bare their bobbies, but Ciarán Griffiths briefly brandishes his bum, to the delight of his fraternal friends, in a homo-hazing incident. Daniel MacPherson and Scott Neal also show their sunny side ups in earlier episodes. This soap copera has enough appealing peelers to have you begging to walk their beat.