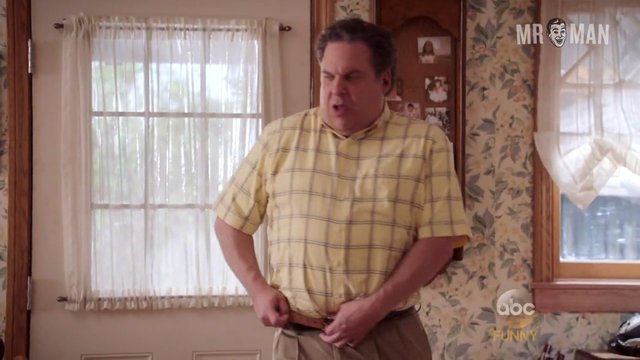 The Goldbergs (2013-)
Sexy, underwear, bulge Ep. 03x17 | 00:06:30 Jeff Garlin continues his habit for taking off his pants after he gets off work, all the while working a nice bulge!
advertisement

ABC comedy series The Goldbergs hails from series creator Adam F. Goldberg and takes cues from his real life experiences growing up in the 1980’s. Adam’s own quirky family - including an overprotective mother, grouchy but lovable father, pesky older brother, and vain older sister – comes alive with a cast of talented actors. Protagonist Adam (Sean Giambrone) closely follows the personality and hobbies of the series creator, right down to his passion for documenting his insane family on film. If you were alive in the 80’s then you’ll be in on a lot of the topical jokes that give Goldbergs its biting humor. One of our personal favorite reoccurring gags includes father Murray (Jeff Garlin) and his habit for peeling off his pants the second he walks in the door! You can catch one instance of this in season 3, episode 17. That bulge is like, totally rad bro!