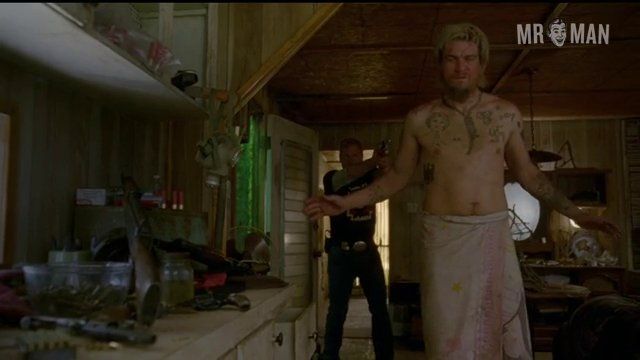 Criticall acclaimed anthology crime drama True Detective gives the viewer distinctly different casts and stories during each season. In its first season, the HBO show focuses on two detectives hunting a serial killer over a period of seventeen years, jumping back and forth in time, and always keeping viewers on the edge of their seats. Detective has been a hit with the critics, and thankfully gives us some skin from tremendously talented hunks like Matthew McConaughey, Woody Harrelson, and Charles Halford! The sweetest peek of all comes in episode six when McConaughey has sex with his lady friend in the kitchen and pulls his pants down a bit to show off the top half of his hellacious heinie! Season two of True Detective continues to bring the grit as police officers from three different stations must work together to solve an increasingly complex crime. It's murder in the THIRST degree with some amazing ass action from Friday Night Lights star Taylor Kitsch when he drops his towel to get a BJ!