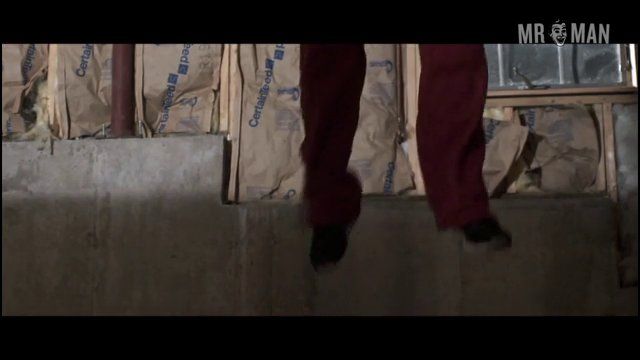 A F*ckload of Scotch Tape (2012)
Sexy, shirtless 00:09:50 A youthful and stacked Graham C. Jenkins lifts weights and sucks on a lollipop while doing a voiceover.
advertisement

The stylish and sexy A F*ckload of Scotch Tape (2012) is a musical neo-noir like none you’ve ever seen before. Although we don’t know how many musical neo-noirs you have seen, or more importantly how many even exist. But there’s at least one and it will have you tapping your toes, and touching your privates. Graham C. Jenkins stars in this tale of a kidnapping gone wrong, leading Graham’s character, Benji, on a path of raucous revenge. Searching, and sexing, his way through an array of father figures, prostitutes, and other lost souls, we’ll see a shirtless Graham brawling, and a shirtless Graham boning. Covered in tape, we’ll even see Graham’s bare butt in a steamy shower. He may be covered in tape, but your eyes will stick to him like glue. One scene has the buff and budding Jenkins pumping iron while sucking a lollipop. That lollipop looks good but Graham looks even better, most fans would rather pop him into their mouths. The tagline for the film reads “Tragedy is Beautiful”, well, so are the beautiful bodies bouncing throughout A F*ckload of Scotch Tape.