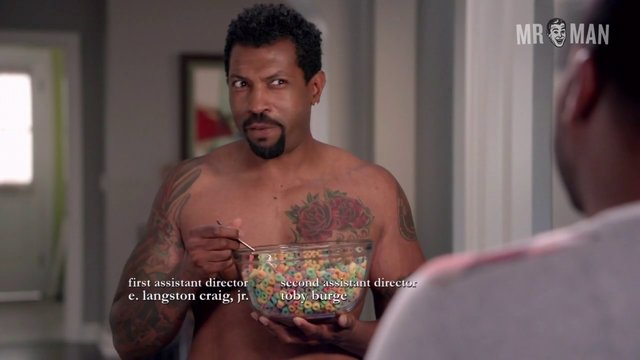 The provocative ABC comedy series Black-ish stars Anthony Anderson as Andre ‘Dre’ Johnson, an advertising executive at a major ad agency that is run by a predominately white staff. When he’s not busting his butt at the office, he’s enjoying time with his wife, Rainbow (Tracee Ellis Ross), a successful physician, and his four children: Zoey (Yara Shahidi), Andre Jr. (Marcus Scribner), Jack (Miles Brown), and Diane (Marsai Martin), at their beautiful, upper-middle class suburban house. Along with his loving and humorous father, Pops (Laurence Fishburne), by his side when he needs him, Andre has the perfect life, one would think. But the well-intentioned father ruminates over the fact that he thinks his children’s cultural identity is being hi-jacked by being so ingrained in white world that one of his son’s wants to have a Bar Mitzvah, and he has more interest in playing field hockey than basketball.

It’s primetime television, so the racial aspect of the show is the only envelope being pushed. Anthony Anderson manages to show off his hunky upper body and blurred out butt on season one, episode three. Black-ish will make you whack-ish!