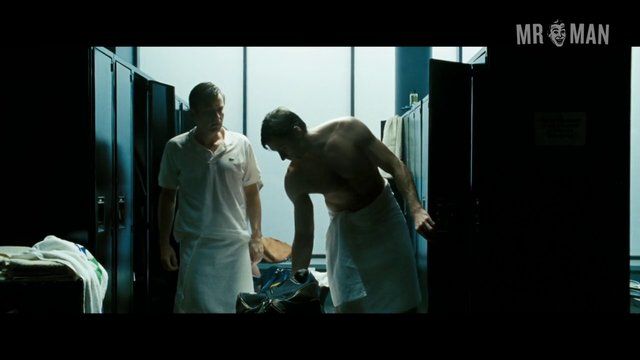 Deception (2008)
Sexy, shirtless 00:10:26 Hugh hangs with Ewan in the locker room, showing off his X-tremely hairy and buff bod in a towel.
advertisement

Deception (2008) is about an accountant played by Ewan McGregor whose friend invites him to be a part of a mysterious sex club. New to this sexy world, he soon gets in over his head when he becomes the prime suspect in a woman's disappearance and a multi-million dollar scandal.

Ewan never deceives with his sexy bod in adorable undies that show off his lean, hot bod. His bulge is delicious in those undies! In another scene he and Hugh Jackman hang out shirtless in a locker room, Hugh's hairy hotness on his chest is the best thing we've seen all day!