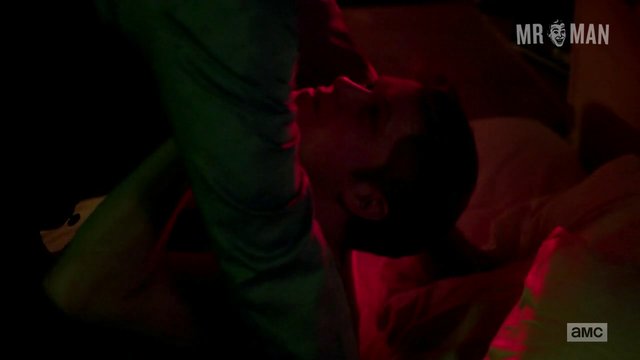 Two best friends Tommy (David Schwimmer) and Dion (Jim Sturgess) grew up in The Bronx and have lived their entire lives there. Dion can’t stay out of trouble and Tommy is having difficulty moving on from his dicey past, but that doesn’t stop the two from trying to defy the odds and open a Greek restaurant in their neighborhood.

Jim will have you troubling yourself to get out of your pants as he pulls on a tank top while arguing with a woman. Before putting on his shirt we get a pretty good look at his nice abs and great chest. As the argument comes to an end the two have some pretty aggressive make up sex letting us see Jim shirtless once again.