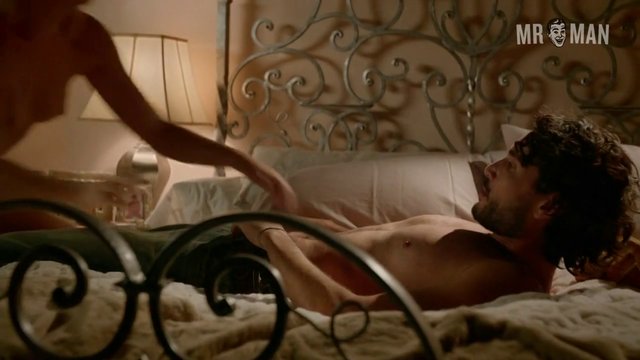 Graves (2016)
Sexy, straight, shirtless Ep. 01x03 | 00:25:52 The long-haired and super hot Khotan Fernández wears only his jeans while getting frisky with a chick in bed!
advertisement

Following in the footsteps of presidential comedies such as Veep, Graves satirizes the government in ways that are both thought provoking and side splittingly funny. Graves was created by Joshua Michael Stern for Epix. Richard Graves (Nick Nolte) is a surly ex president who decides to dedicate his time righting the wrongs that he created when he was the man in charge. Even though it’s been 25 years since his presidency, Graves will stop at nothing to correct the corrupt policies, and the viewer is privileged to his comedy-filled road to redemption. The first season of Graves brings us some gravely satisfying nudity. You’ll be voting Khotan Fernández for president when you see him strip down for a hot sex scene in the third episode. The captivating Chris Lowell shows off a bodacious booty when he gets woken up with the sheets ripped off of him. We’re up too, Chris! Khotan gets shirtless again in the fourth episode, showing off that chiseled chest post coitus. In the fifth episode, our boy Chris gives us an eyeful of that hot and hairy chest while lying in bed. Chris shows off those perfect pecs and amazing ass in the seventh episode, “The Careless Giant,” when he has a breathtaking bang sesh with a brunette babe. Now, if only he had been more careless with his giant!