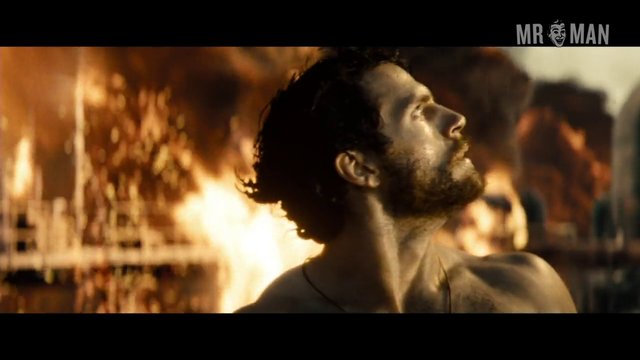 Man of Steel (2013)
Sexy, shirtless 00:21:07 Henry Cavill bares his sweaty bod while saving some people on an oil rig.
advertisement

Man of Steel (2013) is a well-reviewed franchise reboot of Superman, and we can’t help but wonder if casting the amazingly muscly and hairy Henry Cavill had anything to do with the movies success! Steel takes us to Superman’s crumbling home planet of Krypton, where his father and mother make a last ditch attempt to save their son’s life by sending him to Earth. After being frustrated by his differences while growing up on a farm with loving parents, Superman eventually embraces his powers, and kicks some major ass as bitter Kryptonians threaten to take over the planet. You’ll feel just super after seeing all of Henry’s super hot shirtless scenes! Super!