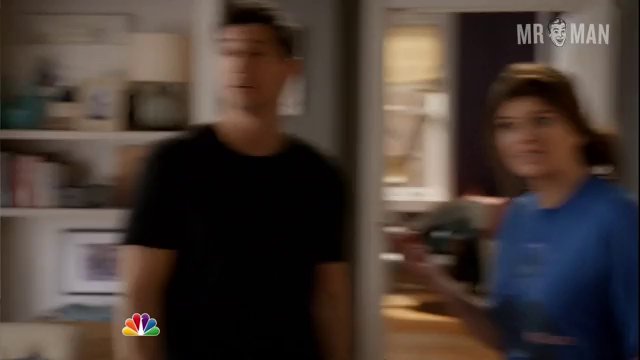 The quickest way to ruin a relationship is to get married, a belief that is humorously addressed in the NBC sitcom Marry Me. When longtime couple Jake and Annie (Ken Marino and Casey Wilson) return home from a romantic two-week vacation of sun and fun, Jake gets the bright idea to pop the big question. Apparently Jake was a couple weeks late on his proposal, because Annie was expecting a ring on her finger during their vacay, something she makes vocal during an argument that obviously kills Jake’s will-you-marry-me mojo. After the fight, the couple decides to keep dating while further mulling the possibility of marriage in the future. Sounds like one helluva entertaining show? Well, this quality entertainment gets amped up, thanks to Ken Marino’s underwear-clad, bulge-tastic moment in season one, episode twelve of the show. Yeah, we had to wait twelve freakin’ episodes to see something from Ken.