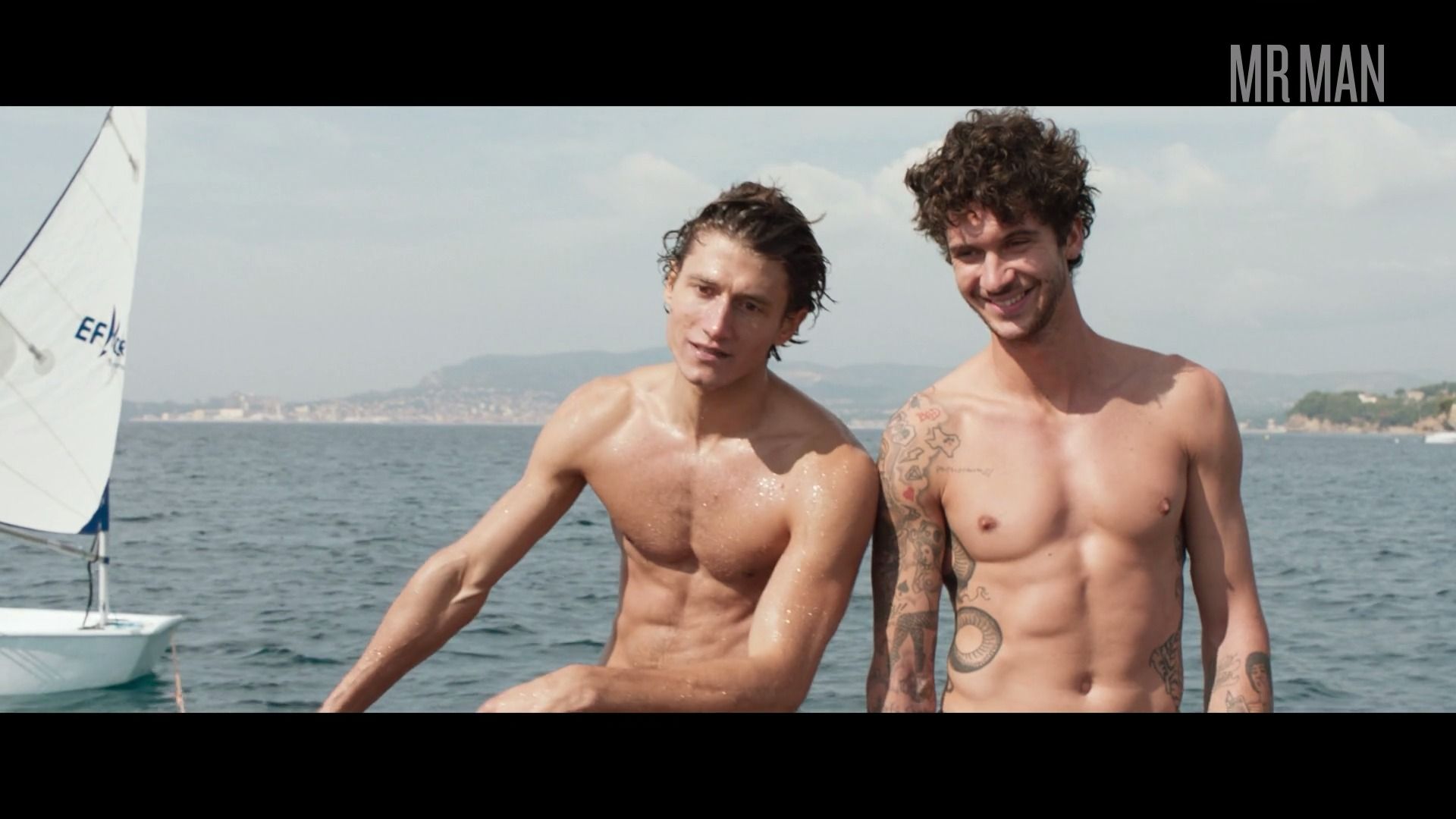 MILF (2018) is a hilarious French comedy that takes place in the Cote d'Azur where three childhood friends in their forties get a new lease on life. They find that young men can't stop staring at them. They are the MILFs-du-jour on their beach vacation so these gorgeous middle-aged women become the sexual targets of three young men. The women slowly become empowered by their newfound MILFdom in this sexy, funny, flirty comedy. The women are beautiful, but that means the men are young and even hotter. Goody! Check out Rémi Pedevilla shirtless on the beach and show his short chest fuzz as he goes for a beach run. The sun glistens off his chest sweat perfectly. Matthias Dandois plays Julien who is so hot when he's shirtless, too. He even shows his ass a few times like when he takes everything off to bang an older babe by some kayaks. That ass looks good enough to float on water. He also wakes up naked and alone in bed, but his legs are strategically hiding his junk from us. That saves the best for last. If you want more than just a shirtless chest and buns of steel, then you'll love Waël Sersoub who plays Paul Cecile. He looks PERFECT when he is fully nude in the shower for steamy shower sex that shows off his cut abs and buns. In one scene, he puts a tube sock on his cock and twirls it around. It slips down just enough to show his shaft. MILF who? We're all about these future DILFs.