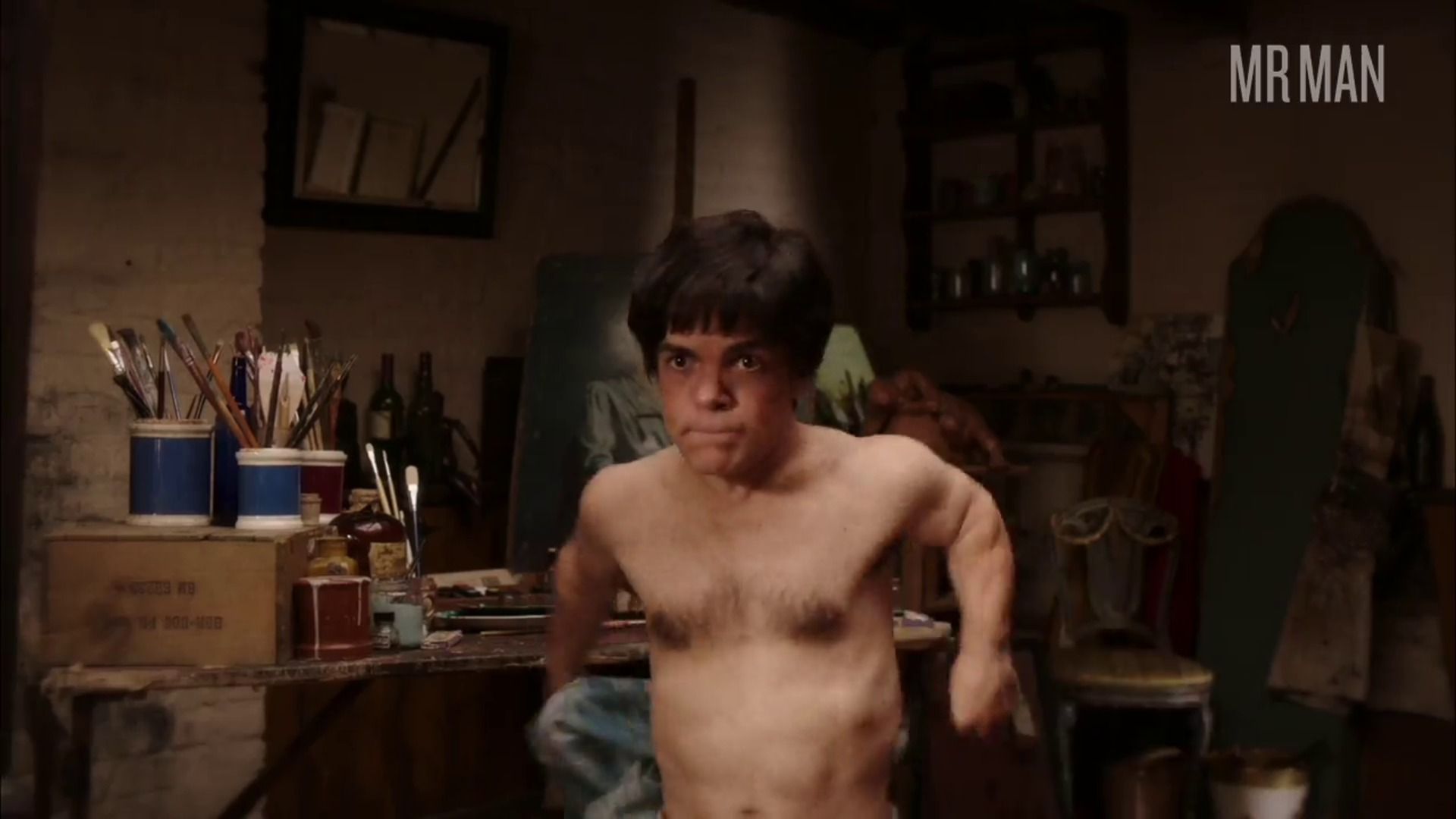 My Dinner With Hervé (2018)
Nude, butt, straight, shirtless 00:27:00 Peter rapidly takes off his robe and pounces on the nude model he was just painting. A big, black block blurs out his penis, but even that is impressive.

My Dinner With Hervé (2017) stars Peter Dinklage as Hervé Villechaize who starred in Fantasy Island in the 70's and wound up ending his life in 1993 when he was 50. Peter shows off his buns and bare bod when he throws off his robe as he's painting his nude model. He's too turned on to keep painting, so he disrobes and leaps into bed with a black box covering his penis (looks like a big box) before joining her in the sack. Look at his perfectly perky booty!