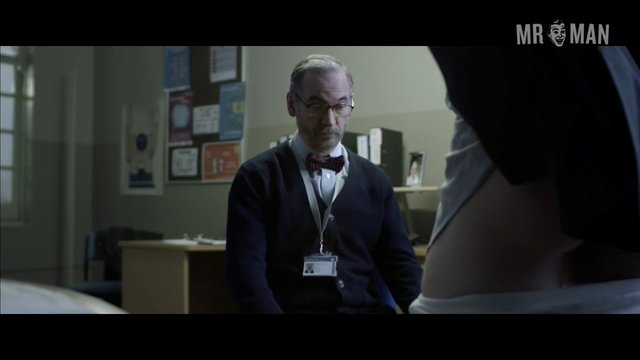 Presented in a four episode mini-series, Neil Gaiman’s Likely Stories (2016) takes four short stories from famed writer Neil Gaiman and presents them in an anthology. Working in the fantasy and horror genres mostly, this quartet of stories will bend your mind, challenge your wit, and give you a few good scares.

Along the way George MacKay shows off some skin and will give you a mini-series of throbs in your pants. We get a look at George’s tight ass when he has to drop his pants while a nurse checks out his junk. In a later scene his alarm goes off and he gets out of bed wearing just his underwear. We get a quick look at his bulge and a longer look at his ass as he stands up and heads into the bathroom.