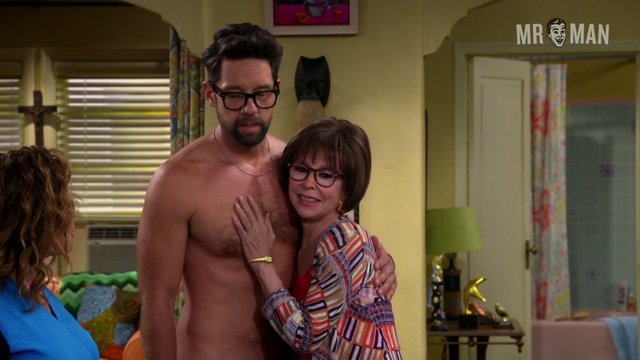 One Day at a Time (2017) is a hilarious new comedy about three generations of one Cuban-American family living together in the same house. They're loud, they're hilarious, and they're family. Que divertido!

Todd Grinnell's sexy shirtless action when he walks into the living room sans shirt is making us moan in appreciation. This sensual appearance has us saying "Viva Cuba!" Now hopefully he'll drop his trousers so we can get a look at his cigar.