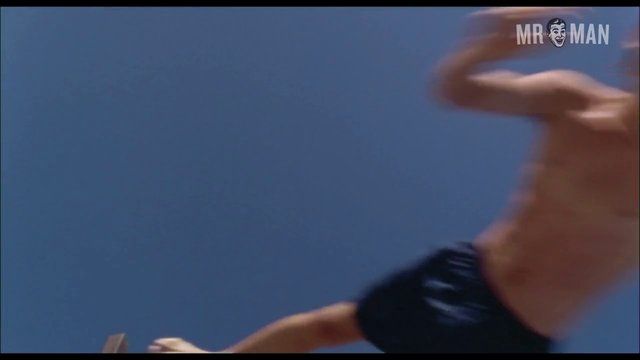 Chronicling the life of US Olympic long-distance runner Steve Prefontaine, Prefontaine (1997) aimed to capture the glory of the American hero, with the eerily similar looking Jared Leto. Jared’s performance was greatly praised at the films premier at the 1997 Sundance Film Festival. Steve James’ directing was also commended, as well as the supporting role of Coach Bill Bowerman, played by R. Lee Ermey. The life of runner Steve Prefontaine was a rocky one, filled with the highs and lows you would expect from any life worth making a movie about. Steve excelled at track and field, making his way to the 1972 Munich Olympics – where he became a first-hand witness to the terrorist attacks known as the Munich Massacre. Not only did Leto adopt Prefontaine’s running style for the film, he also adopted that lean, mean, machine of a runner’s body. Looking in shape and on tape, Jared Leto can be seen shirtless in bed with a very lucky lady. He may be the runner, but he’ll really get your heart rate running high. We’d play the field with this track star any day. Though Prefontaine never won the gold medal in real life, the rock hard body of Jared is nothing short of first place.