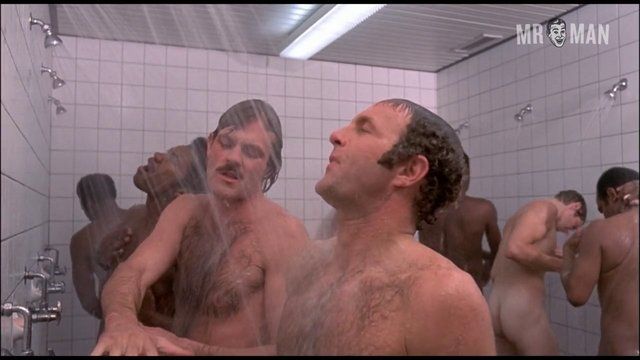 Who knew 2018 was going to be so scary! Much of cinema from the 1970’s was fixated on a future dystopian world, and that mentality is no more apparent than in sci-fi cult favorite Rollerball (1975). According to the BAFTA winning flick, in the future corporations will run the world, replacing government as well as free will for all inhabitants. The violent game of Rollerball rules supreme, pitting people against each other in a fight often to the death. Much like Katniss Everdeen, Jonathan E. (James Caan) is a rebel who seeks to shake things up. You’ll be shaking in your pants when you see all the hot shirtless action from Josh Beck, Bob Minor, and of course James Caan! Hey, next time Cann you show us some ass?