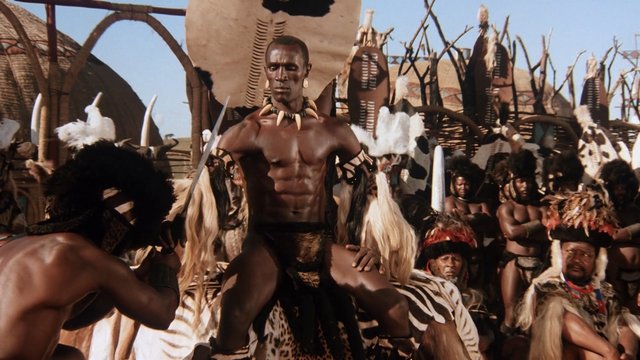 Shaka Zulu (1986) is a miniseries that tells the story of the rise and fall of Zulu king Shaka Zulu (Henry Cele). Prophecy and fact are mixed together to tell the story of Shaka's birth, exile, warfare, and leadership of the Zulu Empire before meeting Europe and beginning the actions that would bring about his downfall.

Zulu warriors sure do enjoy getting naked. Henry shows his sculpted ass during an outdoor ritual scene. With a body like that, it's no wonder that he so easily ruled the Zulu nation. Edward Fox goes totally naked to show off his butt, backsack, penis, and balls.  Glen Gabela and Conrad Magwaza pitch in with more rear nudity, making this one hot miniseries!