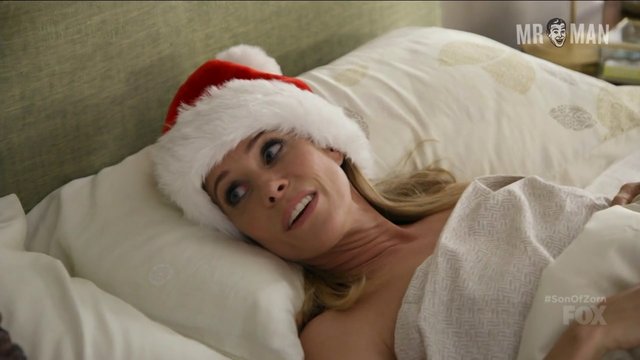 Son of Zorn is a comedy series created by Reed Agnew and Eli Jorne and starring Cheryl Hines, Johnny Pemberton, and Tim Meadows. This half animated, half live-action comedy premiered on September 25, 2016. The series follows Zorn, a cartoon Barbarian dad who leaves his war-ravaged village to move to the suburbs in order to re-connect with his angsty, non-animated teen son. Fuckable funnyman Tim Meadows gets shirtless and sexy in season 1, episode 9. We see every inch of Tim’s toned chest while he lies in bed post-coitus with the charming Cheryl Hines in a Santa hat. Now all we want for Christmas is the titillating Tim Meadows!