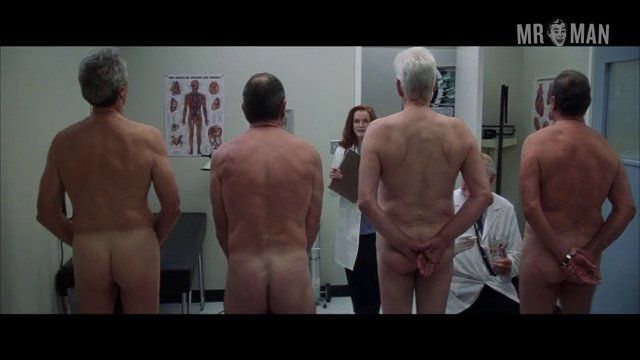 The action drama Space Cowboys (2000) proves that you’re never too old, and it’s never too late to live out a dream. Frank (Clint Eastwood), Hawk (Tommy Lee Jones), Jerry (Donald Sutherland), and Tank (James Garner) were all top pilots in the elite Air Force squadron with the eyes set on space travel during the early 1950s. The dudes’ space exploration hopes were dashed when NASA was established. Unable to get their outer space wings, the foursome moved on to other careers: Frank, went into engineering; Hawk became a freelance pilot; Jerry became an astrophysicist; and Tank went on to become a Baptist minister.

When an out of control Russian satellite threatens to hit Earth, the four former flying aces are given the opportunity to head to the heavens to repair the satellite. Before the guys can blast off, they need to get a check up, which gives us the opportunity to spy some looks at the foursome’s backsides, but Eastwood and Jones need the help of some body doubles. Chickens. Mr. Man would love to cowboy up with these fine fellows!