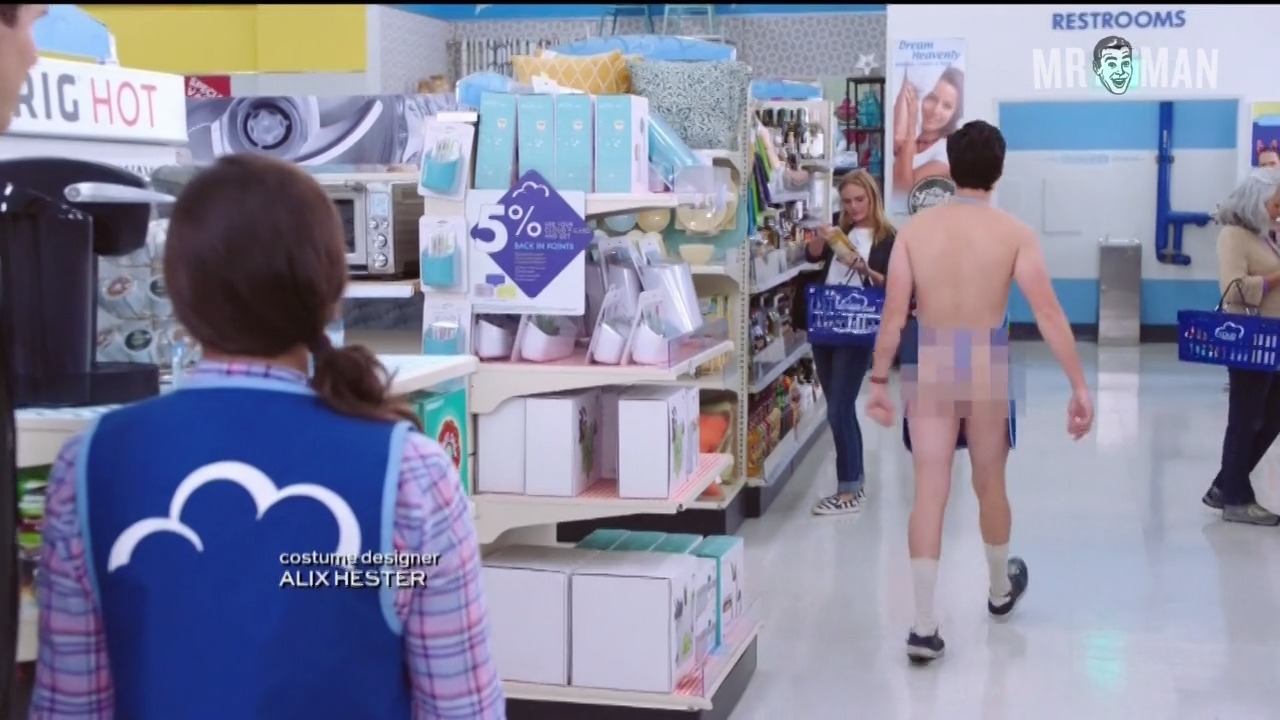 Superstore is an American comedy series created by Justin Spitzer and starring America Ferrera, Ben Feldman, Lauren Ash, and Colton Dunn. This single camera sitcom premiered on NBC in November of 2015. The series follows the lives of the employees working at a fictitious big-box store in St. Louis called Cloud 9. America Ferrera was nominated for an Imagen Foundation Award for Best Actress - Television in 2016 for her lead role in the series. We get some delicious ass action from the babe-alicious Ben Feldman in an episode called “Spokesman Scandal.” Ben appears at the end of the episode wearing only his work apron and walking around the store! We get a great view of his beautiful biceps and those luscious legs! After running into America Ferrera, the bodacious Ben turns around and gives us a great (if pixilated) view of those glutes. This Cloud 9 employee has certainly got us on Cloud 9!