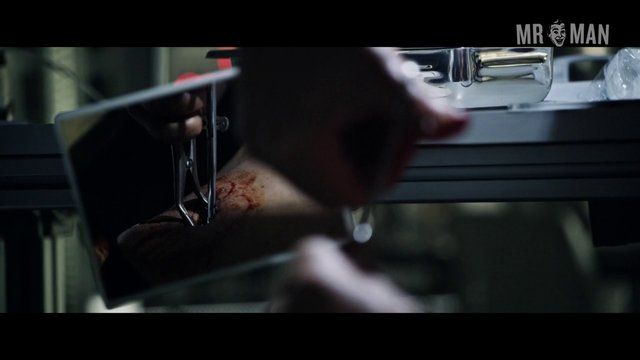 The Martian (2015)
Sexy, shirtless 00:13:00 Matt Damon gives us some out of this world shirtless action as he strips down to take care of his space wounds.
advertisement

The Martian (2015), originally a best-selling novel by a computer programmer, hit the box office jackpot. Not only does it star Matt Damon, but it has the legendary Ridley Scott at the helm. The premise is simple and terrifying: Astronaut Mark Watney gets stranded on Mars alone by a crew who presumes he's dead. With only enough supplies to last 30 days and no way of contacting Earth, he has to "science the shit out" of his situation, finding a way to produce more water and grow enough crops to last for four years, when the next crew is scheduled to make the 50 million mile trek to Mars. Luckily, he's able to contact Earth a little sooner than he'd planned, and his crew decides to go rogue to go back and save him. It's difficult to have sex when you're on Mars alone (I mean, doesn't the guy at least masturbate?), but we do get a peak at Matt Damon's body double when he hops out of the shower, showing off his butt and balls!