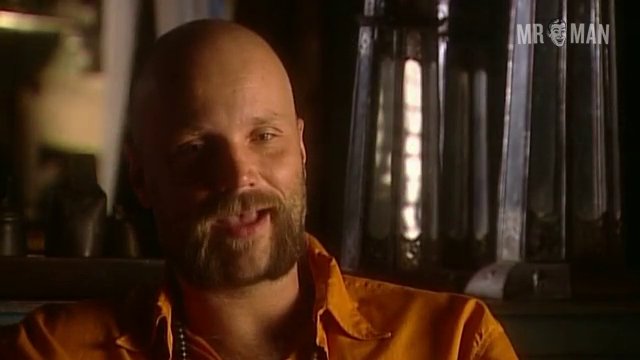 The Texas Chainsaw Massacre (2003)
Nude, butt, shirtless During the special features section on the DVD, Eric shows his butt while floating in the water. It's quick, so don't blink!

If you’re driving in the back roads of Texas and see a hitchhiker, pass them by.  That’s the lesson to be learned from The Texas Chainsaw Massacre (2003).  A group of friends, including the too cute to kill Eric Balfour and Jonathan Tucker; seek help from the locals after the hitchhiker goes bananas.  Too bad for them, they knock on the door of a psychotic family of killers who avoid waste by eating who or what they kill.  The unlucky youths spend the rest of their time in Texas being chased and terrorized by the chainsaw wielding “Leatherface”.  So much for folks around there being neighborly.

There’s too much violence, terror and gore for any skin here (except for Leatherface’s mask.)  In order to carve off some delicious derriere, you’ll have to watch the “making of” documentary that gives both Balfour and Tucker the opportunity to show their skinsational seats without fear of decapitation.