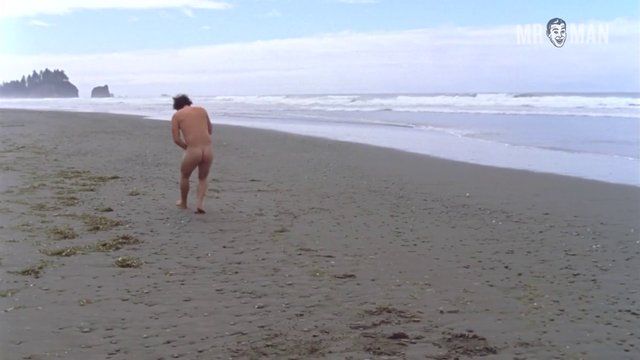 True Adolescents (2009)
Nude, butt, balls, shirtless Mark Duplass always manages to have one of the hottest tan lines in the biz, and shows us what he's been keeping from the sun as he runs around the beach with a hand covering his junk.
advertisement

Any movie where you get to see Mark Duplass nude is a must see in our book! The sexy funnyman has one of the most reliable tan lines in Hollywood and sports some delicious plump buns to boot. The comedy drama True Adolescence (2011) stars Duplass as Sam, a 30 something loser who never did the whole growing up thing. Without a job or a place to live, Sam stays with his aunt, which leads to a chaperone gig for her teenage son and his friend. On the camping trip we realize that Sam’s maturity level is the same as the kids he’s watching, and after a life threatening occurrence the three must reach manhood to survive. We’re more than surviving as Mark goes completely nude on the beach while having a freak out. Although he uses a hand to cover his junk, it doesn’t keep his buns and balls from hitting our eyesight! Adolescence will have you as giddy as a teenager!