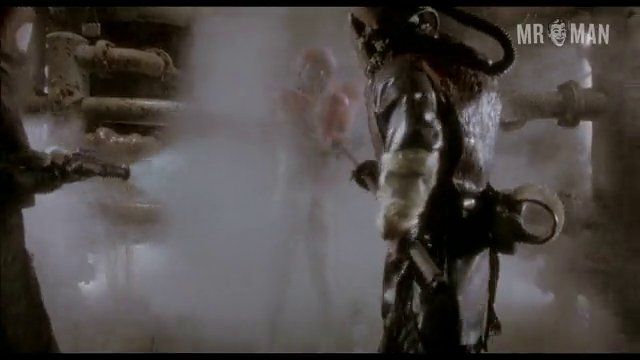 Twelve Monkeys (1995)
Nude, butt, shirtless 00:08:35 Bruce gets a rough shower while we get a great view at his dirty backside.

Twelve Monkeys stars Bruce Willis as a man who is sent back in time to discover information about the beginning of an epidemic that eventually wipes out 99% of the world’s population. When he is accidentally sent too far back, he must fight to stay alive and out of an insane asylum long enough to carry out his mission.

Bruce flashes some butt and gives us a quick shot of his bush and nuts in a scene where he is naked in a muddy trench in the middle of a war zone. Later, while in a mental institution, Bruce’s rear makes a few more appearances while he is being hosed down and roughly showered by the guards. Bruce’s body won’t be the only thing that is wet when you see Brad Pitt playing a crazy inmate in the mental ward who loves to flip out and flip the bird. In one scene he jumps up and down on his bed naked and gives us a full view of his beautiful bum. With two of the hottest actors in the world flashing their bare asses in this movie you will find yourself having a personal fight club with your pants monkey as you watch these guys shake those booties.