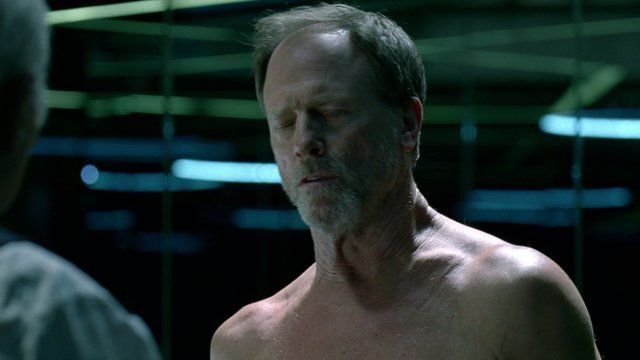 Westworld is a multi-million dollar reimagining of the 1973 Michael Crichton film of the same name! Debuting on HBO in October 2016, the series is set in the future at a high tech Western themed amusement park for adults. Here, the rich can live out their fantasy of being a real gunslinger in the old west, thanks to a park populated with advanced androids that are there to serve the public. Things go south in a hurry, however, when the androids begin bucking their protocol and acting more impulsive. No matter how safe the park's creators intended it to be, they will soon learn that technology cannot be controlled! The series got off to a skinsational start with Louis Herthum and a number of uncredited extras baring their buns while playing androids. Ageless hottie James Marsden also goes nude, turning this series into James and his Giant Peach! Westworld will have your hand heading south! In the second season premiere we finally got full frontal male nudity from Simon Quarterman who takes off his clothes on command from Thandie Newton. Wow, he's so polite! He and Rodrigo Santoro - whose back is to the camera - are totally naked which is enticing enough to lure us to Westworld!