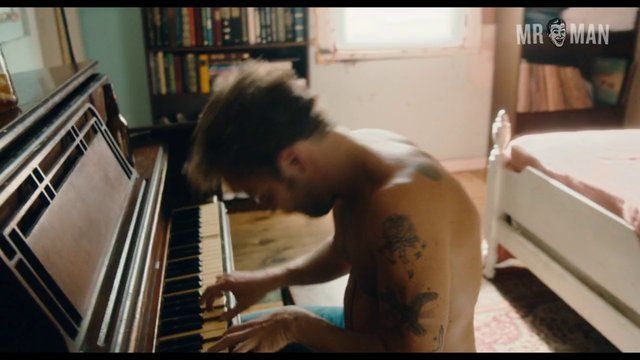 American Hero (2015)
Sexy, shirtless 00:27:02 Stephen Dorff is certainly our Hero as he shows a beef-tastic tatted bod while playing the piano. We SAULTE you!
advertisement

In the action adventure American Hero (2015) hottie Stephen Dorff plays Melvin, a man with telekinetic powers determined to help keep the city of New Orleans safe. Melvin wasn’t always in touch with his special gift, mainly due to his affinity for the boozy lifestyle. After a near death experience, however, Melvin goes all in on cleaning himself up, realizing that it’s never to late to mend aspects of his life - such as a failed relationship with his kid - and kick some bad guy ass in the process. If you know anything about Stephen Dorff you know that he’s no stranger to playing hotties on the big screen, and with plenty of looks at his gorgeous tan beefy bod in this flick, he has us singing “… and then a Hero cums along!”