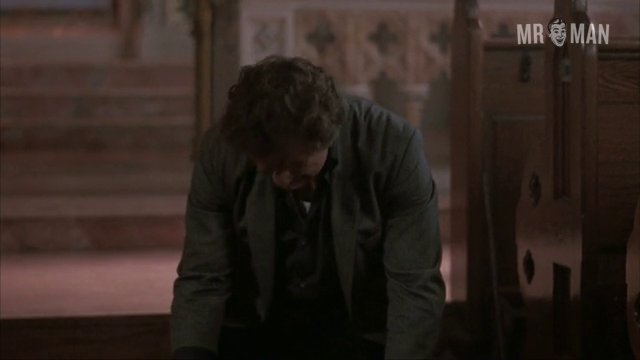 Harvey Keitel gives takes bad behavior to a whole new level in Bad Lieutenant (1992).  He’s an alcoholic, drug abusing, degenerate gambler who is supposed to be serving and protecting the people of New York. The serving centers on trying to solve a case revolving around a young nun, but the protecting is harder to come by as witness the lieutenant’s repeated drug use, heavy drinking, excessive gambling and depraved behavior.  At some point in this bleak drama, solving the crime becomes secondary to wondering what this bad lieutenant will do next.

Harvey Keitel hasn’t met a script that couldn’t benefit from some full frontal acting so it won’t surprise you that his partner in crime here is “Little Harvey”.  To show how bad our lieutenant truly is, we witness him pleasuring himself while debasing two teenage girls after a traffic stop.  We also get to see the older, but still in shape Keitel in all his glory during a drug induced freak out.  The scene is skintense. The lieutenant wails and stumbles around, arms outstretched with his fleshy evidence bag on display.