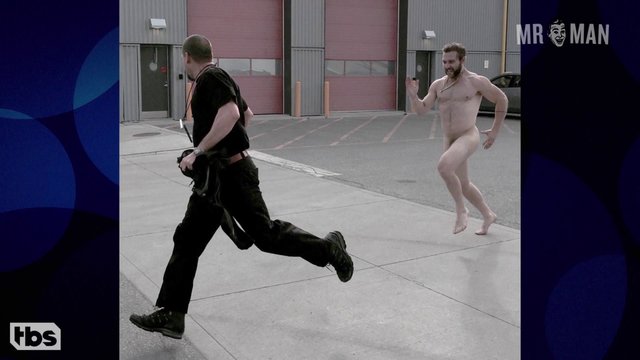 Conan is a late-night talk show headed by writer and comedian Conan O’Brien that airs on TBS Monday through Thursday. The talk show opens with a monologue and features Conan interviewing different celebrities before closing with a musical or comedy act. Conan hosts the show with his sidekick Andy Richter and is joined by the house band, Jimmy Vivino and the Basic Cable Band. Although it’s rare to get a tasty tidbit of nudity for a talk show, Conan really hit the nail on the head in the 14th episode of season 7, “Simon Helberg, Jai Courtney, Sebastian Maniscalco.” Sexy Suicide Squad (2016) star shows off his naked bod on the show when Conan shows a photo of Jai chasing his director around the lot buck naked! Jai’s leg is covering his goodies but we still get a great look at the rest of his rugged, ripped bod. We’ve gotta start watching more talk shows!