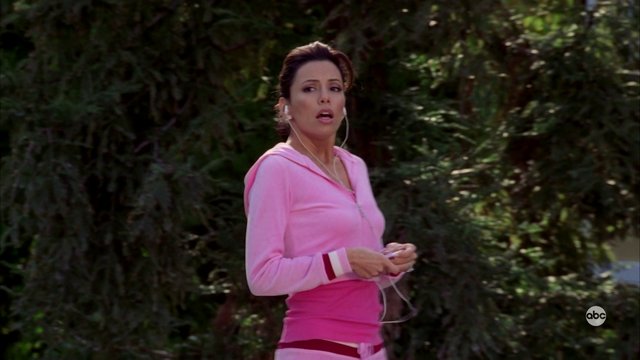 Desperate Housewives is an ABC series created by Marc Cherry and starring Teri Hatcher, Felicity Huffman, Eva Longoria, and Marcia Cross. This mystery drama follows a group of ladies living in the suburbs and the dark secrets that become uncovered after the strange suicide of their neighbor. We’ve got one mystery solved: What the juicy Jesse Metcalfe looks like with his shirt off! Jesse bares his beefy bod as America's favorite gardener, and as if that wasn't enough, total daddy Ricardo Chavira flaunts his manly physique in bed with Longoria. Now where's the show that gets these two men in bed together? We're Desperate for it!