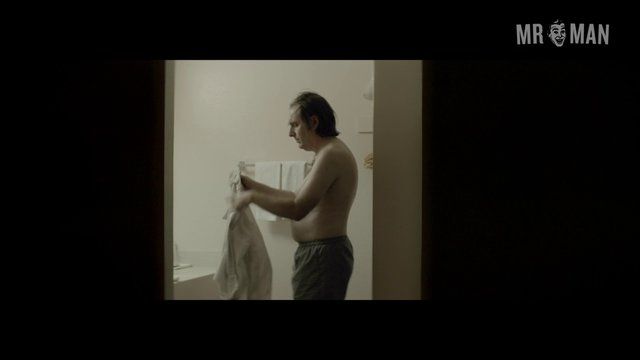 Entertainment (2015)
Sexy, shirtless 00:06:30 Gregg Turkington is all dad bod as he stands in front of a mirror shirtless.
advertisement

An official selection of the Sundance Film Festival, Entertainment (2015) proved to be a polarizing piece. Though some called it the best of the fest, others found Entertainment to be far less entertaining than the title suggests – but fans of Gregg Turkington were glad they tuned in. The film is Rick Alverson’s follow up to the heavy drama which he ironically titled The Comedy (2012). Much in the same way, this film follows the life and career of a comedian, but the somber storyline is more likely to draw sobs than chuckles. The character is credited as “The Comedian”, but fans of Turkington will recognize it as his acrimonious alter-ego Neil Hamburger. Fans were hungering to take a bite out of this hamburger when they saw him shirtless in a hotel room. That’s one hotel room we’d love to check in to. We’ll see Gregg shirtless in a hotel room again later on, this time crying by himself. Many fans were wishing they could come in and cheer him up. Maybe order some room service, or perhaps just service Gregg instead. Fans of comedies that stay on the bleak side will want to check this one out, and fans of Neil Hamburger will order it sizzling hot.

Sexy - as Eddie the Opener

Sexy - as The Comedian