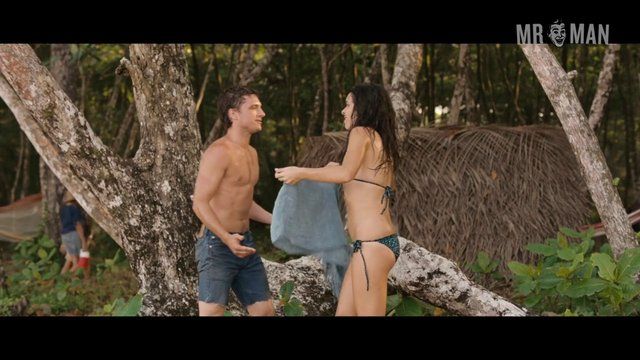 Infamous drug lord Pablo Escobar has inspired a movie, but none are quite like this dynamite drama. Escobar: Paradise Lost (2014) starts with Canadian dream boy Nick (Josh Hutcherson) when he moves to Colombia with his brother to surf. When he meets the beautiful Maria and falls hard, he thinks he has the dream life in the bag—unless he meets her uncle, the one and only Pablo (Benicio Del Toro). Nick is soon offered a job at the Hacienda, Pablo's massive empire, and is tasked with a committing a murder to prove his allegiance to the family. Needless to say, this is not the simple life Nick had in mind, and he soon has to consider how far he'll go for the girl he loves.

It's easy to see why Maria is so hell-bent on keeping Nick in her life, though. Sexy, shirtless Josh Hutcherson and his gleaming six pack are the real stars of this movie, and we get a great glimpse of half-clothed Benicio too. Paradise may be lost in Colombia, but it's a different story at home.