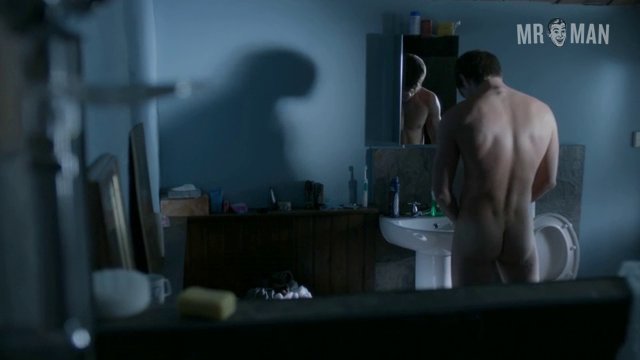 The British boob tube drama series Hit & Miss follows the exploits of Mia (Chlöe Sevigny), a pre-op transgender woman that works as a contract killer. Mia’s already chaotic life gets more frazzled when she receives a letter from her ex-girlfriend Wendy (Rosina Carbone), who’s dying of cancer, revealing that she fathered a son, Ryan (Jorden Bennie), eleven years ago. When Wendy kicks the bucket, Mia is tasked with the chore of being the guardian of Ryan and his three half-siblings. The unexpected mom soon finds herself facing the challenges of balancing her maternal side with her killing instincts. So far the nudity has been slim, but thanks to Jonas Armstrong’s willingness to wow us with his body, we’ve got four amazing butt-baring scenes on season one, episode five. That ass is a hit that can’t be missed!