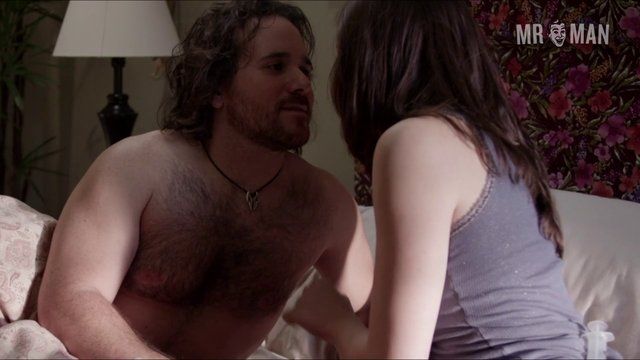 It's Not a Date (2014)
Nude, butt, shirtless 00:12:20 The pretty and pale Mischa Pollack gives us a look at his super sexy hairy chest and hot ass while getting bitched at by a girl.
advertisement

When Milo and Carly agree to meet up for drinks and conversation, they insist to friends that it’s not a date. No, the events that transpire within Not a Date (2014) don’t resemble a date too closely. The two do meet for drinks, and soon Milo gets taken home to seal the deal. But it’s the morning after when Carly realizes that Milo had given her a fake name, frustrated after a lifetime of bad dates with bad guys, she put her foot down, takes Milo hostage, and proceeds to give him a lesson he won’t soon forget. Milo is played by the ruggedly handsome co-writer/director Mischa Pollack. You won’t want to miss Mischa’s hairy hunky chest and beautiful butt as he gets chewed out by Carly in the morning. We’ll hear tale of Milo’s defenseless dick getting a forced “Prince Albert” during this ordeal, but unfortunately the camera never makes its way to that mushroom kingdom. The film’s other writer/director is Barry Pollack, who works as an emergency room doctor in real life, so we’re sure some of the crazy hijinks in this film come from experience. Carly says at the top of the film “Getting laid is the easy part, it’s finding someone you want to wake up next to that’s difficult.” We know many fans who would gladly wake up next to Mischa Pollack any day.