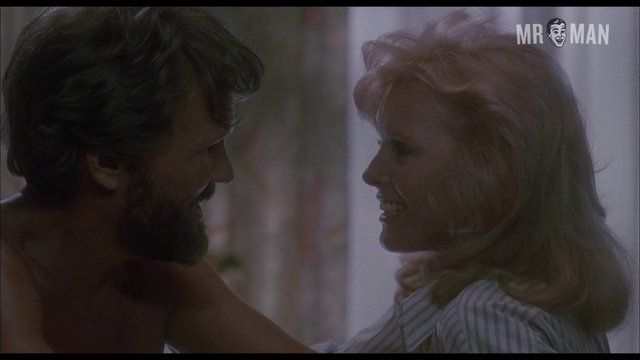 Millennium (1989)
Sexy, shirtless 00:23:56 A bearded Kris Kristofferson shows off his beautiful bod while smooching with a lady in bed.
advertisement

Time-traveling drama Millennium (1989) finds Kris Kristofferson playing an investigator who is searching for the reason a plane has crashed. When he meets a woman who has traveled here from 1,000 years in the future he finds that the crash was caused by a group from the future which is trying to change our society to help solve the serious pollution and crowding problems of the future.

Kris was at the height of his sexy prowess in this film. We see him clutching a woman while shirtless in one scene. As some bright lights erupt in the background we get to check out Kris’s heaving chest. In a much clearer scene Kris and his lady relax in bed and have a smoke after doing it. We get another look at him once again shirtless as he kicks back in bed with the blankets pulled down.