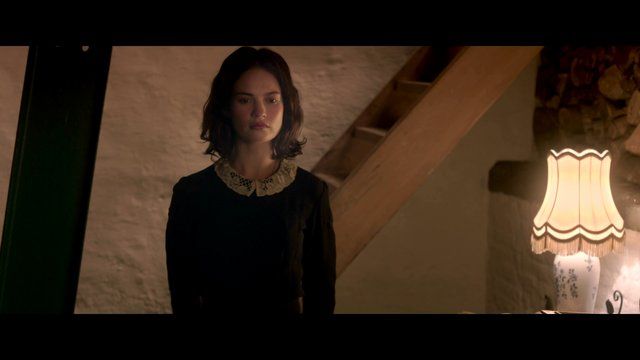 The Exception (2016)
Nude, butt, penis, balls 00:24:00 Jai Courtney takes off all his clothes for inspection by Lily James. See everything in his first full-frontal scene!
advertisement

World War II in The Netherlands is put in the spotlight in The Exception (2017). Kaiser Wilhelm II (Christopher Plummer) has taken up residence in the country during the war and suspects that something may be amiss with Mieke (Lily James), one of the servant girls in his house. He summons Captain Stefan Brandt (Jai Courtney) to investigate and discover if she's secretly a spy, but of course, he falls for the girl hard. Can she keep the captain at bay and complete her mission, or will she succumb to his charms? Frankly, we wouldn't be surprised if she botches the mission because Jai Courtney makes his full frontal debut in this flick! Fourteen minutes into the film, he strips fully nude, showing off his cock and balls before banging Lily James on a table!