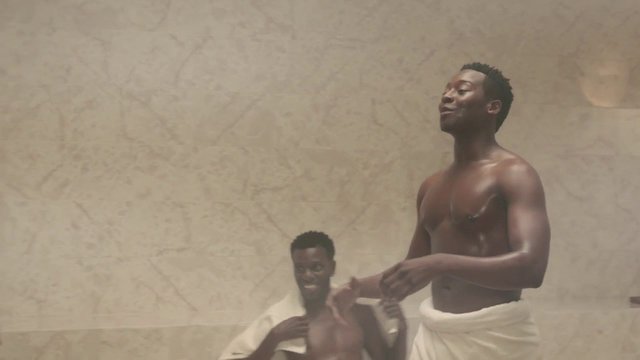 The Mayor (2017) is a hilarious political comedy for a new generation. When a young hip-hop artist runs for mayor to promote his upcoming mixtape, he and his friends are shocked by the outcome: he wins. Now this struggling rapper has to change gears and become a good mayor!

We'd vote for any of the hot hunks in The Mayor after a steamy sauna scene that features the fellas hanging out in their towels. The babe-a-licious Brandon Michael Hall, Bernard David Jones, Marcel Spears, and Thomas F. Wilson are all steaming up the sauna by themselves in this scene that feels like an ab-tastic shirtless feast for the eyes!