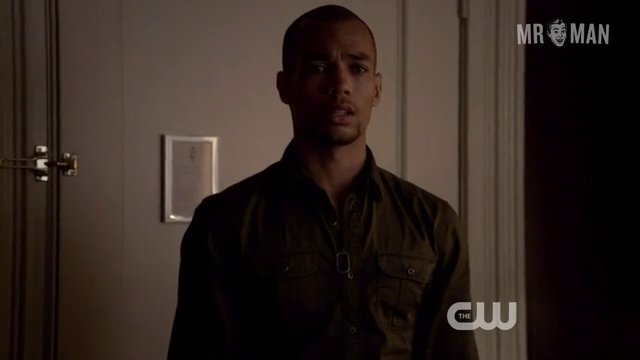 Elena Gilbert (Nina Dobrev)'s boyfriend may be almost 150 years older than her, but age ain't nothing but a number, right? That may be true on The CW's sexy supernatural hit The Vampire Diaries (2009-), which follows the exploits of Elena, her immortal vampire beau Stefan Salvatore (Paul Wesley), his brother Damon Salvatore (Ian Somerhalder) and their undead friends in the fictional town of Mystic Falls, Virginia. The cast of characters includes vampires, werewolves, witches, ghosts and lots of other spooky dudes, but Mr. Man is especially fond of Elena's brother, vampire hunter Jeremy Gilbert (Steven R. McQueen). Yes, that's mostly because he takes his shirt off to expose his athletic arms and perfect pecs in Season Five, but c'mon. Tell me you wouldn't sink your teeth into that.