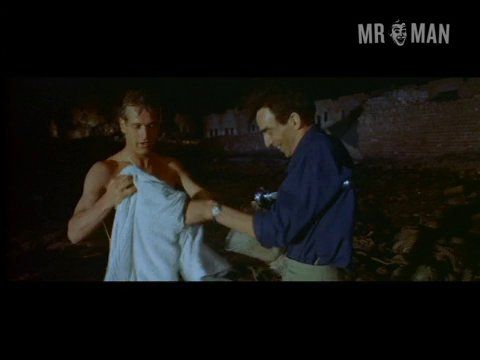 Historical drama Exodus (1960) is set in 1948 surrounding the creation of the state of Israel and the settling of Jewish immigrants. As the drama unfolds an Intelligence officer finds himself falling for an immigrant woman and must balance his feelings for her with his duty and the war that erupts when surrounding Arab states attack.

Paul Newman plays the sexy Intelligence officer. Early on we see him coming out of the ocean at night in just his swim trunks. As he dries off and talks to another guy we get to check out his fine, shirtless, upper body. Later in the movie, Paul finds himself injured. He lies on his side while a nurse works on him giving us a fine view of his strong pecs and arms.