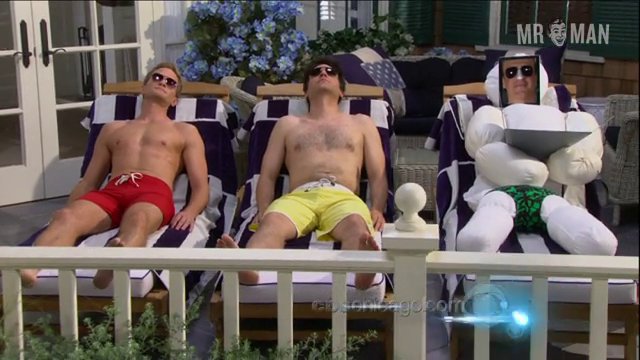 Sit down, kids, and let me tell you the story of How I Met Your Mother. This CBS show is a traditional sitcom with a non-traditional twist: The present action takes place in the year 2030, with most of the plot unfolding in flashback in 2005. Though the story revolves around Ted (Josh Radnor) divulging the details of his courtship to two tots, plus other stoylines involving his main squeeze (Cobie Smulders), American Pie band geek Alyson Hannigan and her boyfriend Jason Segel, or the conquests of his womanizing friend Barney (Neil Patrick Harris). But if you want How I Met Your Mother to get you all hot and bothered, tune into episode #188 where NPH and Josh Radnor are shirtless and sexy as they lay out on a beach deck and pretend like they are in the movie Weekend at Bernie's!