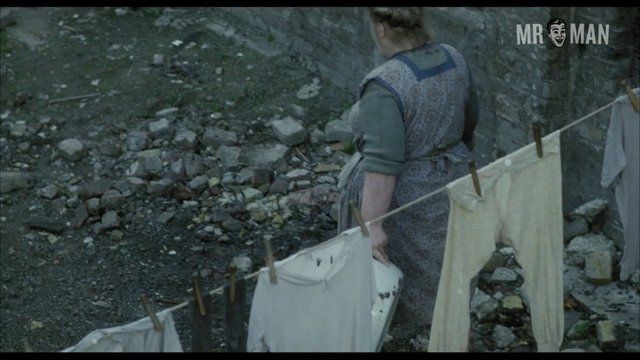 1984 (1984)
Nude, butt, shirtless John Hurt gets out of bed with a girl to see what's out the window. All we see is that hot ass!
advertisement

Author George Orwell made a name for himself with his subversive, dystopian books including the bone chilling Animal Farm, written in 1945. None of his work so masterfully captures WWII era anxieties about the future quite like his masterpiece 1984, written in 1949. The book imagines a world in which a totalitarian government has complete control of its population to the point where it rewrites history to support oppressive rhetoric. In the movie 1984 (1984) Winston Smith (John Hurt) spends his days incinerating contradictory texts and creating new histories for the government, but a romantic attachment to a woman causes him to rebel against society. There’s nothing painful about Hurt’s sexy scene in which he gets up from bed nude to look out the window. We get an amazing look at his tight body and sexy ass! That world doesn’t look so bad to us!