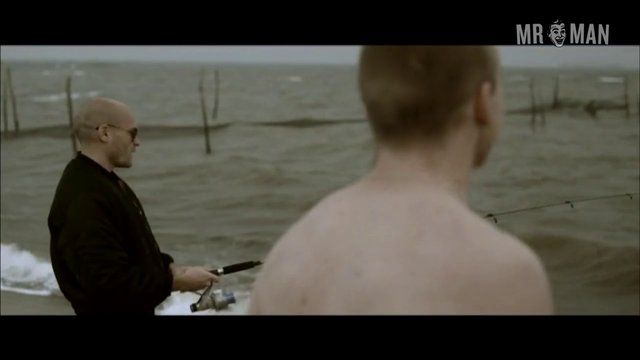 Brotherhood (2009)
Nude, butt, shirtless Five butts for the price of one! The sexy boys of Brotherhood show us their tight asses before running into the ocean.
advertisement

Brotherhood (2009) is a Danish drama that has its fair share of cream fillings! Lars (Thure Lindhardt) must leave the army after it’s discovered that he has a habit of making passes at his fellow soldiers. Looking for a sense of belonging, he falls into the Neo-Nazi crowd, but soon falls for his homophobic brethren Jimmy (David Dencik). When the feeling becomes mutual, the gay lovers get themselves in over their heads within the evil organization. There’s plenty of nudity here, as Dencik goes completely naked in one scene, and in another cozies up to Lindhardt in bed with both men in just their undies. The real magic happens when Mads Rømer, Johannes Lassen, Michael Grønnemose, Martin Metz, and Morten Holst show their plump rumps before running into the ocean!